One of the best things about summer is the gift of time.  There is time to breathe and spend time with people I don't see often.  Fortuitously,  summer is also when many families go on vacation. Because Utah is a central location for many of my friends who have family in the area, this summer has been full of opportunities to reconnect with many people I love!

The first of June, Brie was in town for a wedding.  The four of us from Hampstead reunited for dinner at our usual location, Goodwood.  We lived together during the 2007-2008 school year and all graduated from BYU together! When we met, Brie and I were friends and Celeste and Angela were friends.  By the end of the year, we became very close! Brie and Angela even married two guys who were best friends.  They still get together with their spouses whenever they are in town! We are multiplying- there are four children between us and many more to come! 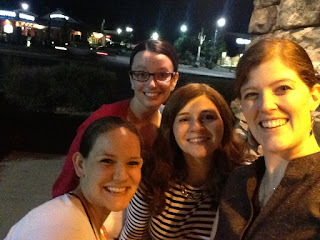 Kate's family moved to Arizona in June and passed through Provo on their way from Wyoming!  Melissa and I got to meet the darling twins for the first time!  It was a quick visit, but worth every second! We missed our Tessa May, but look forward to a reunion soon.  The four of us lived together in 2009 in the Millrace townhouses in Provo.  I knew Melissa from the music ed program at BYU.  Kate and I met our freshman year at BYU and we both met Tessa when we lived in Hampton court a few years later.  Destiny brought us all together for that blissful year! 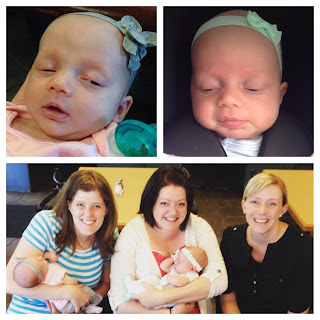 When I lived in Millrace, I met someone who lived across the street who became one of my closest friends and confidants. His name is Daniel Sowards.  We take an annual trip to Park City to get a picture with the bear (and to celebrate birthdays!).  Whenever my heart is breaking over the difficulties life brings, Daniel always knows what to say.  I can call him, bawl for ten minutes, and then feel better. 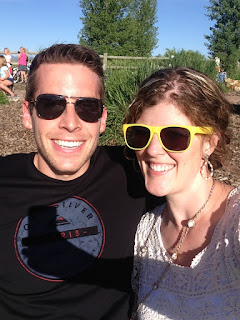 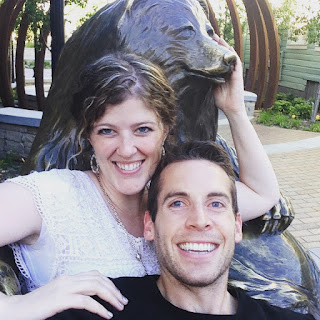 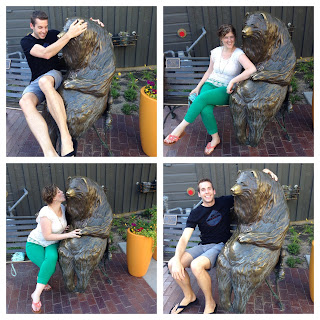 When I entered the Music Ed program at BYU, these three ladies started at the same time. We became fast friends in Women's Chorus and enjoyed our friendship immensely as we worked to earn our degrees together. We even had a little notebook of funny stories we passed around between classes.  It was a blast! Right before my mission in 2005, we put on a recital together.  We sang "For Good" together at the end.  It was a wonderful experience. I left on my mission and the three of them graduated while I was gone.  When I came back, I did my pre-student teaching with Emily at Dixon Middle School.  When she had her first daughter and decided to be a stay-at-home mom, I was hired at Dixon.  I love and admire these women endlessly! 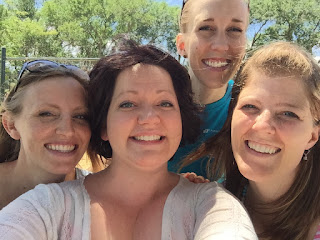 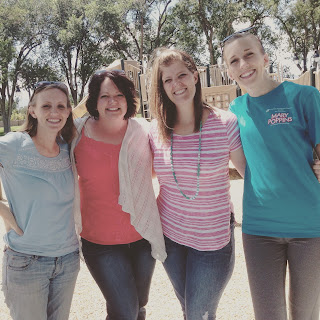 When I was 6, Shilo came to live with my family for a summer as a nanny.  We became bosom friends! She was 18 years old and we were kindred spirits.  Even now, every time we get together, it's like there has been no passage of time.  We even served in the exact same mission in Brazil.  I've always looked up to her- I don't even know if she realizes how much! It was so wonderful to catch up with her and her sweet family. 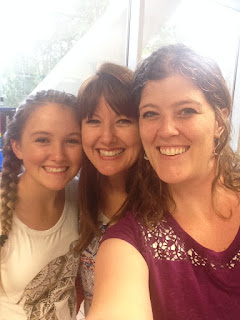 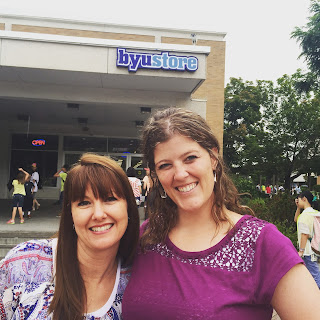 When Tessa moved to Wyoming, Kate got married, and Melissa moved to Washington to get her master's degree, I stayed at Millrace and had the opportunity to party with these dear roommates!  I knew Sylvia from my mission and Krista and Kelsey were in the ward.  We had so much fun together. I miss those days! Sylvia was in town from Texas and we magically found a time to meet for dinner on just a couple days' notice.  I love being in their presence! 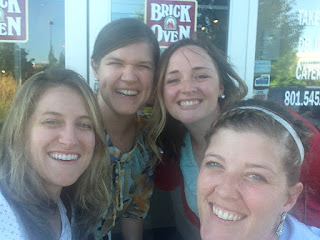 My first two years at Highland, Phaidra was the drama teacher. She is a kind, generous friend and she helped teach me the ropes at Highland!  I miss her now that we work at different schools. We met up this summer to see a former star of our HHS musicals in Twelfth Night at the U. She was playing a leading role as Viola and did an amazing job! Wish I could see Phaid more often.  Coincidentally, she is now the drama teacher at the school where Melissa teaches choir! 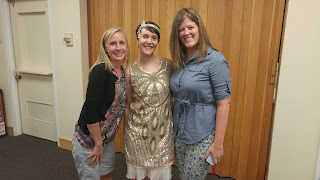 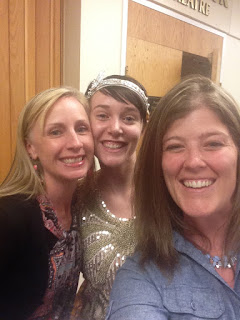 Dear Angela started teaching band and orchestra at HHS the same year I started teaching choir there. Even though we began together, I always looked to her as a mentor. She had lots of teaching experience and was extremely responsible. When she moved to Ohio, I realized I was going to have to learn how to function without her organizational skills! I leaned on her heavily the three years we worked together.  We also became great friends and I miss seeing her every day.  She and her husband were back in town celebrating their 4 year wedding anniversary in Park City where they were married.  We had a lovely lunch! 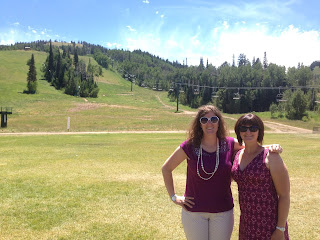 Posted by Katie Houston at 9:01 PM No comments: