It's a Fine Life Carrying the Banner

How to make a Dreaded Family Banner

Background: Anna, Dad, Mom and I are going camping next week.  Go back and read that again if you want to make sure your eyes aren't deceiving you. CAMPING.  My dad is ecstatic. This is his dream come true.  He has been trying to get us to go for years but someone always gets married or something and his plans are spoiled.  Which brings us to now. No babies are on the way, no one is engaged, and no one is in summer school.

We are spending a week at Philmont Boy Scout Camp in New Mexico. It's a week long training session for church leadership. While the leaders are training, the rest of the family is invited to participate in activities including (but not limited to) sleeping in a tent like structure, hiking, doing crafts, and being split into wilderness groups according to age with names like "Broncos" (Anna), "Silverados" (Mom), and "Prospectors" (me).  We also have the privilege to make a family banner to hang outside our living quarters.

This banner has been the source of much anxiety this week as we tried to determine what a "family banner" meant.  Was it to be spiritual? Funny? Both? Simple or complex? Big or small? We didn't want to be the family that shows up with a lame banner because they had no idea what the heck was going on. We checked out the website for the camp and saw a huge range of options so we decided to follow our hearts (and our time frame) and go with what we had.

Step 1: Cut an old sheet for a backdrop.  Gather together paints from all corners of the house used previously for school election publicity posters. Start painting outside.  Wise man say: Paint on sheet equals paint on tile on which sheet is placed. Put something under it.

Step 2: Come up with a catchy slogan, reaching into the reservoir of campaign slogans used in above mentioned student elections. When Anna was running for office, she used, "With Houston, you won't have a problem."  We came up with clever, more appropriate alternatives such as, "We're the Houstons and now we're your problem" and "The Houstons: We have no problems" but finally settled on something a little less extreme. 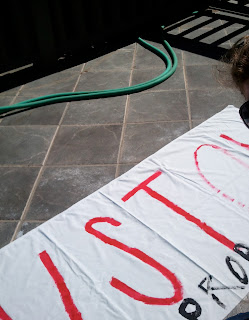 Step 3: Bust out the Cricket.  This machine is amazing. It cuts paper and, as we discovered,  fabric, into exciting shapes and letters. 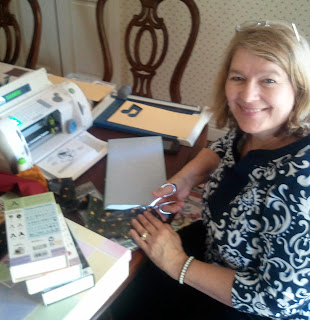 We are thrilled (?) about the opportunity to present our banner to the whole camp. I've already been informed that I will be the family spokesperson. I've been writing my speech in my head. Something along the lines of, "Our family motto is, 'Not a Problem!' Our goal this week is to respond like this any time you ask something of us at camp."  That's to get my dad back for filling out a questionnaire about our family, unbeknown to me, and suggesting in not so many words that I be called as the camp choir director. I received a formal call in the mail to direct choir practice every morning at 6:30 a.m. We have three performances throughout the week.  Guess who will be my most dedicated bass?

All joking aside, we're actually pretty excited to embark on this adventure together. It will be very interesting and I know we'll have lots of good stories to share when we return.
Posted by Katie Houston at 5:43 PM 1 comment:

Email ThisBlogThis!Share to TwitterShare to FacebookShare to Pinterest
Labels: Traveling 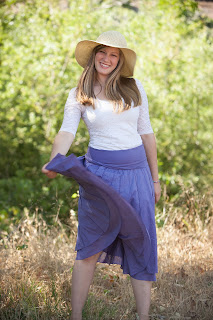 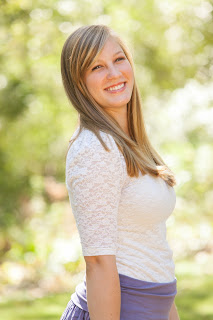 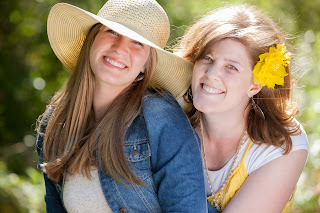 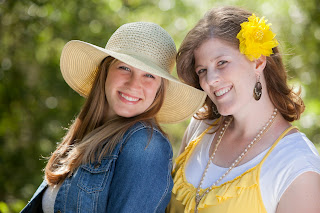 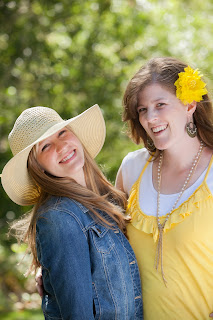 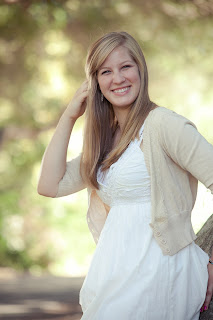 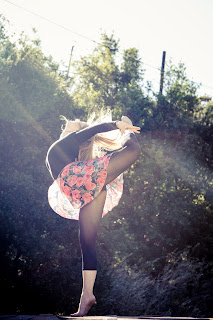 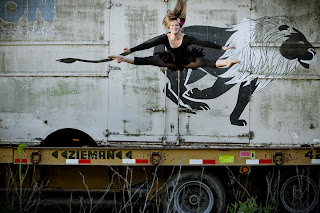 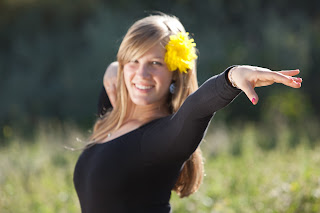 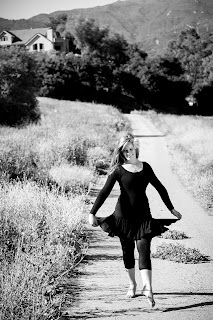 Email ThisBlogThis!Share to TwitterShare to FacebookShare to Pinterest
Labels: Family

Over the past week, I had the opportunity to feel like a senior in high school again as I caught up with one of my closest friends from my last year in high school. Terra and I haven't been the greatest about keeping in touch over the past ten years, but she had an educator's conference in SLC and asked if she could visit while she was in town. It was as though no time had passed as we caught up and saw some of the sites in the city! 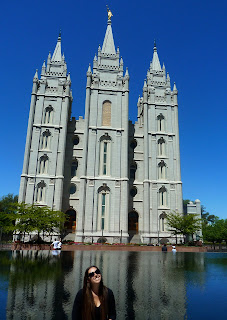 Terra was able to stay two nights at my place before heading to her conference.  We did lots of chatting about our past, present, and future. It was so fun.  Thanks for visiting, Terra! Come back soon!

While it was fun to remember when, I was reminded of just how old I really am when I accompanied my baby sister on the photo shoot for her senior pictures.  She is ELEVEN years younger than me! And she has grown up to be a stunning young woman. Our favorite photographer, Phil, did an incredible job, as usual. The pics I've posted here are not the ones he took, just the ones my mom and I snapped on my camera during the process.  Stay tuned for the real deal! 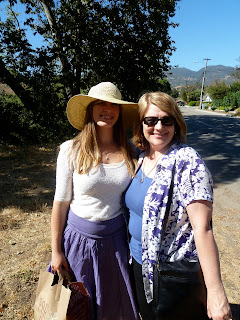 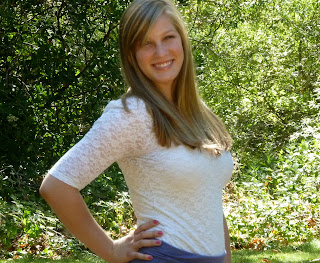 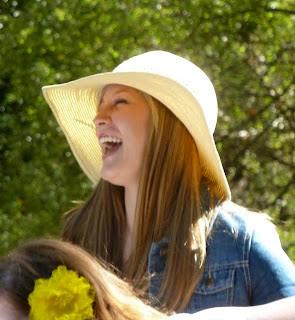 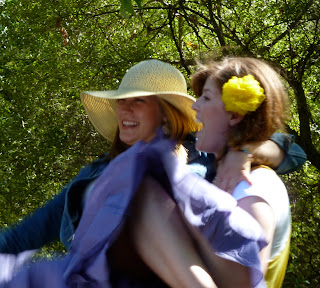 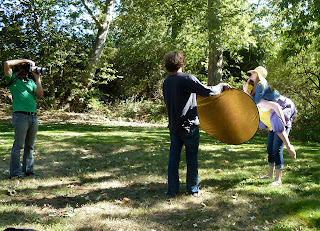 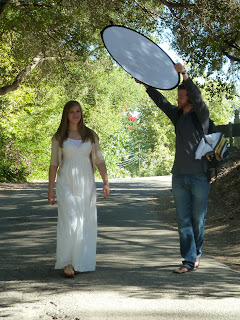 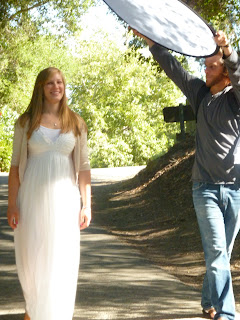 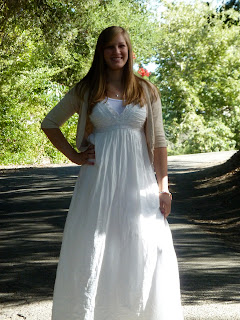 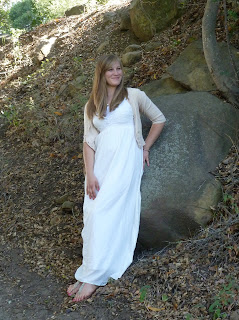 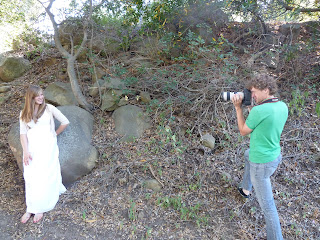 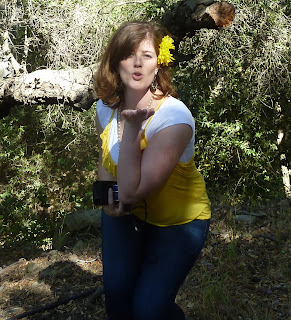 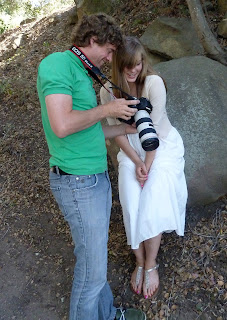 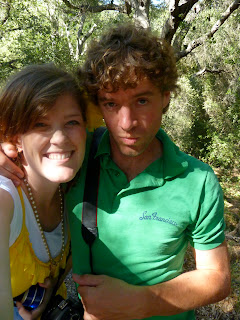 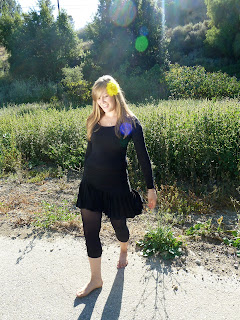 You're a beauty, Miss Anna Laura!
Posted by Katie Houston at 9:02 PM 1 comment: